Cancel
Your basket is empty

Pizza Time - About us

How it all began…

10 Years ago, two brothers decided they’d had enough of life in the big city and opted for a calmer, quieter life surrounded by freshness and greenery, and were seduced by the views of Hampshire.

After working in a local takeaway for several years, getting to know the community and the people in it, the brothers decided it was time that they opened their own place, and do things how they think it should be done. They believed that only the freshest and highest quality ingredients should be going into the food they make, and after inviting a couple of highly experienced chefs to help them create the perfect formula for pizza and play around with recipes, Pizza Time was born. 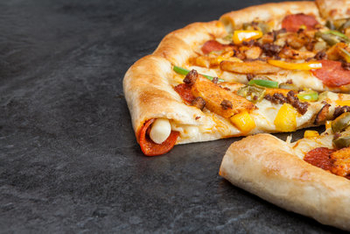 The Art of Preparation

It takes five hours of daily preparation to make the perfect Pizza Time pizza, and we think you’ll agree that the taste it is well worth it! All our pizzas are handmade – no machines, no shortcuts. Double-O flour, only the best tomato sauce and mozzarella, and other ingredients sourced locally for freshness. With over 25 different pizzas there is something for everyone.

Hard work, determination and a commitment to quality have seen our business grow into a local institution. We have a loyal customer base and continue to grow from strength to strength. Try one of our pizzas today and see for yourself that when it’s time for a good time… it’s PIZZA TIME!